Read it on Economic Times 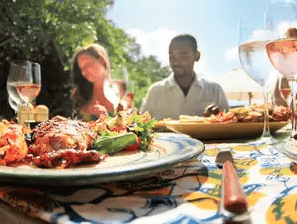 When The Oberoi Grand in Kolkata opens a new restaurant, 363, next month hoping to set a new benchmark in fine dining in the city, it will have on board an expatriate Japanese chef.

“We continue to work selectively with expat chefs for cuisines like Italian, Thai, Chinese and Japanese in the larger Oberoi and Trident hotels,” said Vikram Oberoi, managing director and CEO at The Oberoi Group. Oberoi said when the company opens, renovates or changes a food concept at a restaurant, its endeavour is to provide guests high quality food.

“We ask ourselves if we can achieve this with vast talent we have within the organisation. Only in the exceptional cases when we can’t, we look for external talent,” he said.

While the company and other five-star chains have been hiring some expat chefs for a while, standalone restaurants are also increasingly engaging expatriate chefs in a bid to improve their positioning and ensure quality and authenticity of food even as the interest in global cuisine is on the rise, thanks to more foreign customers and frequent overseas travel. There is also better wage parity for expat talent now, experts said.

Sidharth Thakur, director at hospitality recruitment firm Grassik Search, said his firm on an average helps hire three to four expat chefs for hotels and standalone restaurants each month nowadays while the earlier demand was one or two chefs once in three months.

Earlier only luxury hotels would recruit chefs from Italy or Japan as they wanted to provide a certain level of authenticity,” said Thakur. “Today independent restaurants are also open to doing that. We are in discussions with entrepreneurs to get Brazilian, Korean and Peruvian chefs,” he said.

Dejan Popadic, director of food and beverage, South West Asia, at Hyatt Hotels and Resorts, said, “Good chefs are always in demand and expat chefs provide authenticity to the ethnic venues we operate.”

Hyatt — which operates specialty cuisine restaurants like China Kitchen, China House, Treforni, Celini, La Piazza and Da Luigi’s in cities like Delhi, Mumbai, Hyderabad and Goa is currently on the lookout for an Italian executive chef for its Park Hyatt Goa Resort and Spa in Goa.

Expat chefs also train local talent. “Some chefs will preside over multiple kitchens in sister properties of different states and will share their expertise nation-wide through guest-chef exposures,” Popadic said.

Restaurateur Marut Sikka is getting in global chefs to train Indian chefs for a slow cooking process called ‘sous vide’ that is now catching up in India. “India is warming up to global cuisines and we have a big demand for expat chefs for our food events business for cuisines like Italian, Lebanese, Thai and Japanese. Better wages and salaries are being offered now, accessibility is better and better ingredients are coming in,” he said.

Andre A Gomez, head of India operations at Hilton Worldwide, said the need for executive chefs specialising in particular cuisines has increased in the hospitality industry, driven by the opening of new hotels and, more specifically, by the extent and nature of the dining outlets within a hotel. “If the need arises, we would extend our search to include team members at our portfolio of hotels across the globe,” he said.